Articles > I’m going on an adventure!

Much like Bilbo Baggins at the start of his rather colourful journey to a certain socially-limited landmass in The Hobbit (featured picture a screenshot of the movie), I jumped onboard the Bilot ship at the start of April full of enthusiasm and excitement. I had just graduated from Tampere University of Technology with a fresh Master’s Degree in information technology three days prior, so the transition to “officially being an adult” couldn’t have come at a better time. I had already moved to Helsinki a year before for a job, so I was already (sort of) accustomed to living here, although even today I still sometimes feel like a tourist. Just like mister Baggins, though, I still felt like a new journey was starting for me, one that I would be on for quite some time.

I’m a certified professional and I don’t know jack

Before joining Bilot I already had some prior experience when it came to designing user experiences and building user interfaces so I wasn’t completely turning over a new leaf in my life. User experience, or UX, had been my major subject during my studies and my Master’s thesis was about video game user interfaces, so I felt confident in starting my job as a Junior UX Designer trainee (quite the mouthful, I know). I didn’t have all too much time to wallow in my possible insecurities, however, as my very second day of work consisted of waking up almost at the crack of dawn, commuting to familiar Tampere of all places and doing user research and interviews there all day. You could say I hit the ground running and I rather enjoyed it. To quote a certain video game icon, “I came here to kick ass and chew bubblegum, and I was all out of gum.”

It also immediately gave me an excellent impression of Bilot as a company. I was promised UX work and that promise was definitely kept. It felt good to get to do in practice what I had studied and strived for. These interviews evolved, over time, into data analysis, empathy mapping, persona building and wireframing, all wonderful UX tools that are very underused in many IT companies and with which I had previous experience as well, so it all felt very cozy and comfy to me.

After my rather speedy start things have both settled down and branched out exponentially. I’ve had a variety of tasks assigned to me over the course of these couple of months with an emphasis being on UI and graphic design as well as testing. I spend most of my days at the office trying to divide my attention between some half a dozen projects and tasks, with the occasional day working from home when I just can’t be bothered to be stuck in traffic for 2 hours. Overall, to continue referencing video games, I feel like I’m leveling up nicely and haven’t encountered any game-ending raid bosses yet, just other friendly player characters and a few quest-givers. The beginning of the level is always the hardest, but I’m confident the morning wakeups will become easier over time! Until then there are always condensed packages of liquid boosting agents, also known as energy drinks (or coffee for most people). Being the new guy at any office or workplace can be intimidating, especially to a more introverted and socially-awkwardish person such as myself. You don’t know anything about anything and have to constantly wonder how things work in this particular company. Fortunately for me, I haven’t been only one around. Three other trainees started at the same time as I did and while I’ve mostly been working on different projects than them, it’s always been easy to go up to them and curse how nothing works in the particular task I’m doing at the time. They’re developers-to-be, they know that feeling and can empathize.

By far one of the best things about working at Bilot has been that at no point in time have I been left alone with a problem or that I’ve had an issue with nowhere or no one to go to. Be it the ever-helpful HR department ladies, my fellow UX designers or just anybody within earshot, I’ve been able to ask for and get assistance with anything and everything when I’ve required it. Despite what people say, there are some dumb questions in the world and I’m pretty sure I’m pretty far on the list of asking them all and still nobody has yet to facepalm themselves unconscious. Despite pretty much everyone here being just as weird as at my previous workplace (Lunch at 11? Absurd!), everyone has also been extremely helpful and friendly so far (and eager to give me more work, which can be translated any way you want).

Pushing everyone’s buttons, including your own, and claim to be helping

One of the bigger things I’ve realized during these two months is that all the people here at Bilot really seem to know what they are doing. I’m not going to lie, it has been a bit daunting to see everybody’s efficiency whilst I’m doing my best trying to catch up and learn a variety of things in a relatively short amount of time to be able to contribute. People only have so much patience to correct your mistakes. More importantly, you yourself only have so much patience for making those mistakes. At least I do. A cornerstone of agile processes is to fail fast and fail often, but at some point enough is enough. I mean, all of these sticks are all fine and dandy, but I wouldn’t mind the occasional carrot in the mix. Fortunately patience and perseverance can get you far in life and a job in the IT industry is no different. 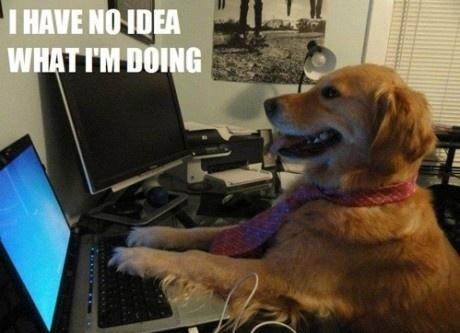 Another notion that I have realized as a UX professional is that actual UX work keeps getting underutilized or misunderstood. Despite getting to work with actual end users in terms of conducting interviews and creating personas from them right off the bat here, similar case have not yet risen nor have I participated in the design phases of all too many projects. UX also tends to be way too often used and understood as a synonym to just “building wireframes”, even though that phase is actually quite late in the actual UX process. This is a shame, as investing in UX can return your money multiple times over and understanding your users is key to making a successful product. But that is a topic for another time and a misconception a few of us here are eventually hoping to correct.

All in all, my first few months here have been very educational and I’m starting to get the hang of things. Just in time for everyone to leave for their summer holidays while I stay behind to “enjoy” the summer at the office. Alas, greatness generally has humble beginnings. I realize I’ve rambled on for quite some time, so I’m going to cap this tirade off with one last quote that I feel describes working life, and many other things, quite well…