Articles > The Designer Dilemma – Part I: The problem

Ever since I started REALLY working in IT, which was a whopping not-even-two-years-ago, I’ve found that people experience great difficulties in understanding the differences between the various design roles floating about the modern IT world. Frankly, I can’t blame them, as the roles can be just about as confusing as higher level mathematical algorithms for your average squirrel if you haven’t studied the area to some degree, and the fact that even many in the business don’t completely understand the titles themselves and therefore use them wrongly doesn’t exactly help either.

Worry not, for I have taken it upon myself to clarify this very issue through an explanation of the few most commonly found designer titles out there. Whether I succeed in it or not, we’ll just have to see, but at least the attempt will now be made. So sit back, grab some popcorn and a glass of your preferred liquid substance and let me tell you a story… Once upon a time, in a kingdom far far away…

The good king Old Faithful had ruled for as long as anyone could remember. The bustling city of Waterfall had become moderately prosperous under his rule, even if it wasn’t the supreme crown jewel of the world. The people were generally content and everything was good enough.

Then, one day, rumours started seeping in from the outskirts of the land. The neighboring city state of Agilus had adopted the teachings of their new ruler, Scrummus Maximus, and had revamped their entire government culture, right down to the infrastructure of their grand city.

And that it was, grand. Visitors from far and wide praised the new Agilus to the high heavens. The bazaars were full of magnificent items from the far corners of the world, supplies and services were plentiful and the people lived lives of joy and merriment.

But even amongst the heaps of adoration, nothing was as highly lauded in this new incarnation of Agilus as the city walls and the castle keep. Built tall as the sky and sturdy as the very bedrock of the world, the walls were as impervious as they were resplendent.

The citadel itself commanded the attention of any and every pair of eyes that came into view of it and did so for a reason. Its walls were inviolate, its towers were elegant, its archways were artistic and that was just the beginning of the wondrous sights one was subjected to when drawing closer to this remarkable structure, with more opulent sights waiting for the enthralled throngs within the carefully masoned and carved stone- and woodwork. People young and old were coming in from foreign lands just to witness this new era of Agilus and few were the visitors who found the sight wanting. As the news kept coming in, king Old Faithful became perplexed. For years, decades even, his city had been on equal footing with Agilus. How was it possible that, seemingly in the blink of an eye, his main rival had turned from mediocre to marvelous? Old Faithful frowned, pouted and grumbled in envy…until a stranger in foreign robes was announced.

He introduced himself as Uxar, the planner of perceived sights and engaged actions, and when king Old Faithful smiled politely with an empty stare of “didn’t understand a word you just said my good fellow” in his eyes, Uxar condensed it to a simple term: User Experience Designer. 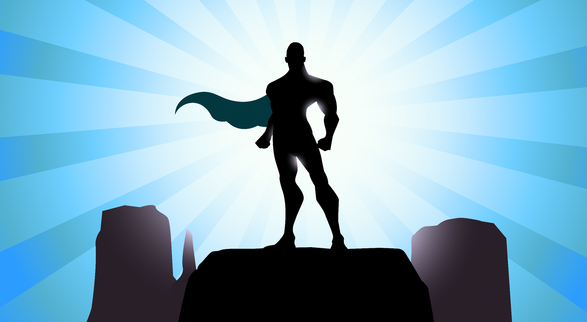 “Great king, allow me to ease the burden on your mind. The reason for Agilus’ newfound glory is simple. King Scrummus Maximus employed a group of talented people who re-created his city for him, starting all the way from its very foundations.”

Old Faithful was wholly captivated by this stranger’s story. “Well then, good sir, if in my heart of hearts I desired a similar elevation of stature for my fair city, how would I go about achieving it?”

Uxar smiled and bowed. “Well, great king, you simply allow me and my compatriots to do it for you.” King Old Faithful was beside himself and commissioned Uxar’s troupe immediately to start working on the renewed silhouette of Waterfall, with a special focus on rivaling the main attractions of Agilus: the walls and the fort.